We want Show Up to be Ed's Legacy 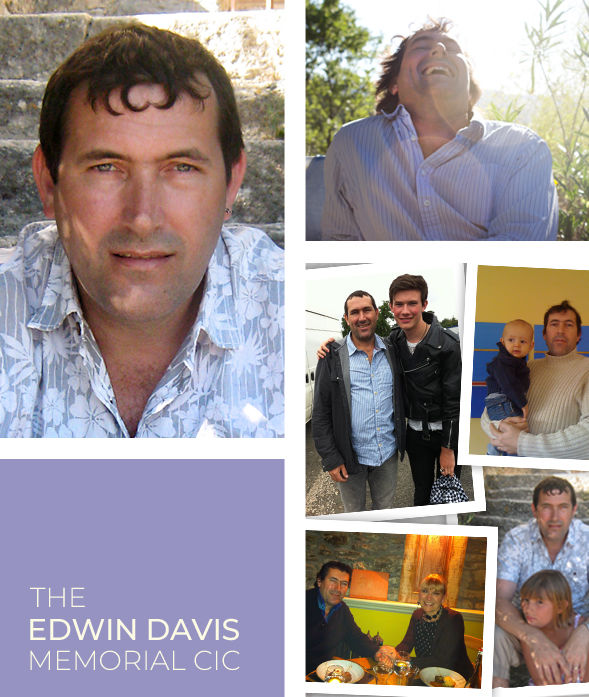 Ed was one of six siblings, born and brought up in Plymouth. His passion for Drama started early at school and he was involved in amateur dramatics for many years. He did a Teaching BA in Drama at The Central School of Speech and Drama in London and then worked for a year there before returning to Plymouth and getting a post at John Kitto School in the city. This is where, a few years later, he met Harriet. They were married and he had two daughters and he had two stepsons by her first marriage. Despite a constant battle with poor mental health, Ed managed to be an excellent teacher, father and husband. He was, above all, a very compassionate, tolerant and kind man. Tragically in 2018, his fight with Mixed Affected Disorder, a form of Bi-polar, ended. He took his own life by jumping from a viaduct in Tavistock.

He is not alone. On average 84 men take their own lives a week in Great Britain. Poor mental health is a major cause of this and something his widow, Harriet is very keen to tackle in some way. Hence the creation of Show Up and the Edwin Davis Memorial CIC as the fundraising part of the enterprise. It is hoped that Ed’s name will live on to remind people of the importance of good mental health.

The Directors of the Edwin Davis CIC

Harriet decided to create Show Up in memory of her husband Ed as a way of empowering young people and improving their mental health. She has been a secondary teacher for 35 years but always done outreach work in primaries and this is where her conviction that drama as a way of improving life chances for young people came from.

Bon vivant, tamer of Lions, after dinner speaker: Andy has spent  36 years in policing, safeguarding  and crisis management  across the UK and internationally. He was a friend of Ed’s and inspired by Show Up vision and a chance to help in the area of Mental Health in Young people, he became involved.

Tania worked for 7 years in London at Sotheby’s then had a complete change of career in 2002, taking a PGCE in art secondary at Exeter University followed by teaching Arts at Okehampton College.   When her first child was born Tania stopped teaching and began working part-time for an internet start-up doing a similar job to the one she had at Sotheby’s but on a virtual platform, a job she does today alongside working as a professional artist. She is chair of the Dartmoor Multi Academy Trust.

Deirdre is Head teacher at Boasley Cross and Lydford Primaries both in part of the Dartmoor Multi Academy TrustShe has worked with Harriet for the last four years on various drama projects and is passionate about using the arts as a way of supporting young people’s positive mental health and cultural capital.

Nigel is an accountant and father of two from Wales. He is trustee of the theatre company Taking Flight so has experienced working with ‘arty types’ before. He likes art. He also likes rugby, walking his dogs and beer.

Louis has worked in Mental Health for over five years. He started working with Bluebell Care in Bristol and was integral to setting ‘Dad’s in Mind’ a support group for young fathers. He is currently training as a mental health nurse.

Ben grew up in Plymouth and has performance in his blood, appearing for the first time, at the age of 3 on the stage of the Athenaeum Theatre. He has just finished a BA in Drama and Performance ( for which he got a First) and is seeking employment in the Arts in London. He is passionate about Drama and mental Health.

Charlotte has just done her A’ Levels and is about to go to London to seek her fortune. (She doesn’t have a cat). She enjoys Dance and Music, but also loves Science and does not have a squeamish bone in her body.

Matthew is currently working at the Hayward Gallery, he is hoping to live in New York with his amazing beautiful partner and do an MA in Film. Matthew also loves drama, performance and all things arty.

Lawrence is Co-founder of Bermondsey Mixer Co, currently living in Woking with his fabulousfiancé, Lawrence is particularly interested in Male Mental Health and wants to support that and the memory of Ed through the work of Show Up.